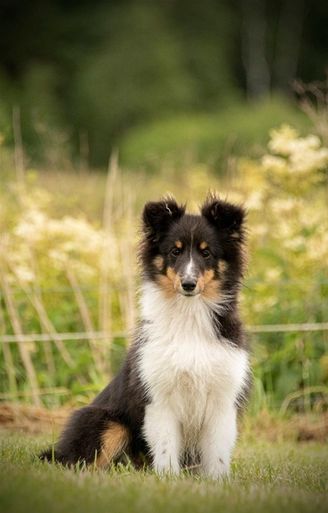 Yilla is super cool and VERY independent...we are now in Class 2 in jump class and we  just need another qualification in Class 1 in agility.

Yilla has in 3 tries achieved her RLDN title in Rally-O! 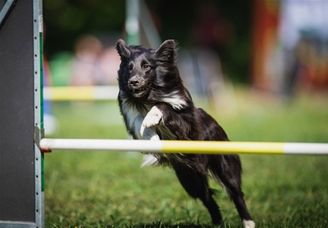 Tess has an enormous working capacity, but she is a little to fast for me...we compete in highest level (Class 3) in both agitlity and jump class and hoping for a Champion title one day -  No CERT yet, though.

Tess has had one litter sofar. 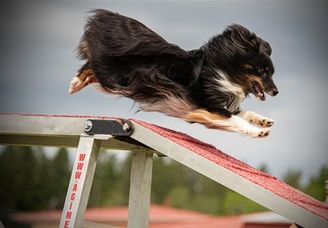 Never a dull moment when Yoyo is around. She loves to find things to pick up in our home or when we are out walking that she can bring to me for a treat in return. And she can always find fun things to do on her own as well...like chasing birds :-) and other things that moves..

Yoyo is a very fast dog and I have a real challenge to handle her in the best way. 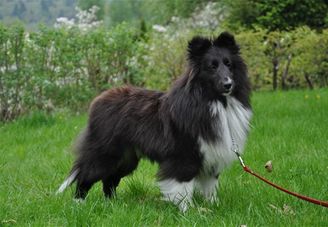 Poppy is a true family dog - she has never put a paw in a competition field. she is just to wild and crazy!

She is the mother of 4 litters and a grandmother of a few more....  Blue Heavens Precious Poppy Born: 6th May 2011.

Poppy is a very special girl - she loves to stand and jump on 2 legs, something that her offspring has inherited! She has a lot of energy, but I have not yet figured out how to channel it in the right way to be able to compete in agility or rally etc...

I think she knows when the clock is 6 in the morning and evenings since that is when she normally is served food and when she is NOT, she barks and barks and barks…impatiently!

She has a VERY good bone structure and a beautiful head!

Poppy is mother of 4 litters, in total 19 puppies.

Yava has had 3 litters

Yava is the happiest dog on earth  - her tail is ALWAYS wagging!

Yava is blessed wither her own guardian angel. She has been very close to crossing the rainbow bridge twice. First time she ran away from a situation and disappeared for 32 hours in the middle of the winter (colder than -5 Celsius). Finally she was discovered by an older man and his grandson after one of my best dog friends (Ulrica Persson) had her dog Urax barking for hours in the area trying to get Yava's attention (he got the rescuer's..). She was stuck on a rock plateau and late evening the fire brigade needed to work for 1.5 hours to get her down...

Second time she almost bled to death due to a clean cut, which tore her tendons and all blood vessels, caused by a sharp object (not natural) in the forest (we never found it). The artery was oozing and I needed to wrap my sweater plus the shelties' leads hard around it to make it stop. I got help from Helena and Felicia Fagerström to carry her for almost a kilometer in the forest to our car. At the animal hospital they told me that she had not survived if I had not put the pressure over the cut as I did (good scout training…). She underwent surgery and was put in a cast for 6 weeks. The surgery was not 100% successful and so it needed to be redone and another 4 weeks in a cast… Long rehabilitation followed and she is now moving at ease but probably no more agility competitions...

For rehab purposes we switched to rally obedience and that was a great success. In less than 6 months effective training /competition she qualified for the Swedish Championship. 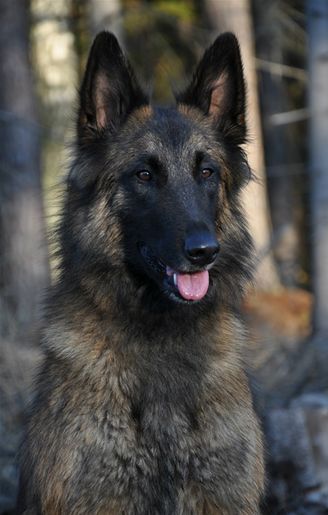